He observed that engaging communities at different stages of planning would ensure accountability, transparency and project execution to meet the development needs of beneficiary communities.

Mr. Yorke made the call in an interview with the Daily Graphic at separate accountability forums in Paga in the Kassena Nankana West district and Bongo, all in the Upper East region.

It aimed to promote interactions between district assembly officials and community advocacy groups created by WaterAid, an international non-governmental organization, as part of its Water, Sanitation and Hygiene (WASH) for Public Health initiative to to allow groups to claim their rights.

The program is funded by Global Affairs Canada, an international humanitarian and development agency.

According to Mr. Yorke, most MMDAs do not involve beneficiary communities in the planning stages of projects and programs, and the situation has often led to the implementation of projects that did not meet the aspirations and needs of the populations.

He therefore said that it was as a result of such challenges that WaterAid and its partners decided to organize the program to, among other things, ensure that people are not only informed of the development projects underway in their communities. , but also demand accountability from duty bearers. 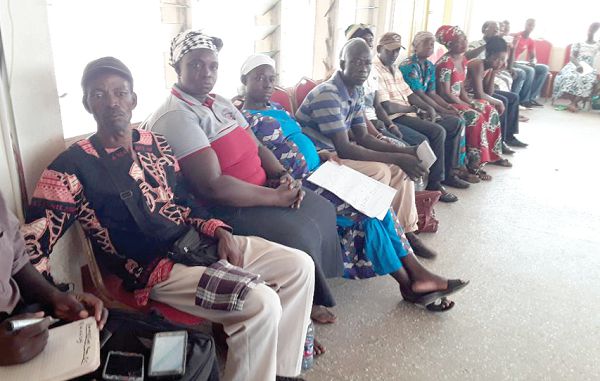 This, said Yorke, would further ensure that beneficiary communities would be empowered to provide input into any decisions made on their behalf by those responsible.

He also urged the communities to follow up on the issues they submitted to their respective district assemblies for redress.

According to York, waterAid has been operating in 21 communities in Kassena Nankana West district over the past four years to ensure that beneficiary communities have access to safe drinking water and improved sanitation by 2030, in line with the United Nations Sustainable Development Goal 6. .

Kassena Nankana West District Chief Executive Mr. Gerard Ataogye said about nine dams are to be built in the region as part of the first phase of the government’s one village, one dam policy.

He assured the people of the assembly’s determination to carry out projects that would help make their lives easier.

For her part, the Kassena Nankana West District Director of Education, Madam Victoria Aganalie, also pleaded with WaterAid to help build the capacity of teachers to enable them to train students in WASH activities, especially on issues. personal hygiene and sanitation.

In Paga, people have expressed their appreciation to their benefactors for the support they have been given over the years.

However, they complained about the unavailability of electricity, clean water, good roads, health centers and agricultural inputs, especially tractor services, including the lack of dams or facilities. irrigation system for all-season agriculture.